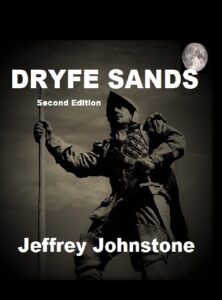 At the end of the sixteenth century the land on both sides of the Scottish-English border is a violent and dangerous frontier, inhabited by rustlers, marauders, and feuding clans. The bitterest rivalry of all is between the Johnstones and the Maxwells.

In this troubled region, the climax of the deadly blood feud confronts eleven year-old Robert Johnstone of Raecleuch, son of a Johnstone father and a Maxwell mother. Circumstances force him to face his own identity and fight in a desperate battle for the Johnstones’ very survival.

After Lord Maxwell treacherously murders the Laird of Johnstone, Robert must safeguard the continuation of the laird’s family line, and he struggles with the meaning of loyalty and duty during a time of profound social change.

sign up for updates, newsletter and other good stuff!

Some History behind the Novel

The Lads of Wamphray - Child Ballad 184